Welcome to
What's Wrong With Wealden

Do you have any issue with planning permission in Wealden or the surrounding areas? If so, please browse our site and feel welcome to get in touch with us, the leading experts in this field.
View our Modus Operandi
******
Question for Mr Holness
Reply from Trevor Scott
Reply from Mr Hudson and another question
Do you know the identity of either of the men in the photograph below or their location? 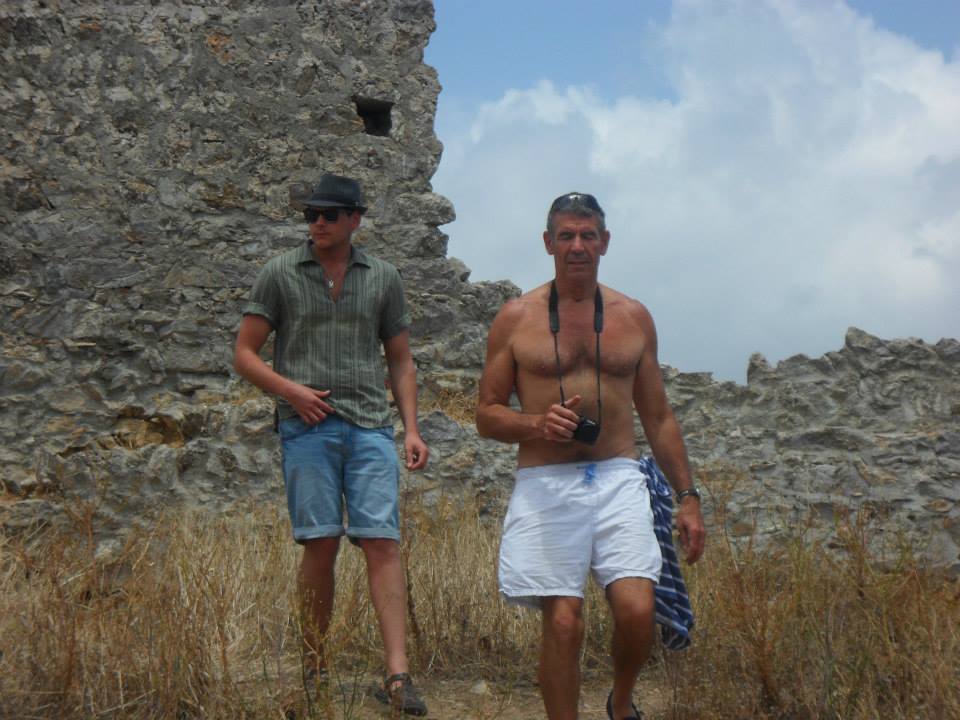 More than 46,000 people signed a petition to help a man in Willingdon preserve his home's aquatic nursery, and now the local authority says he can.

As previously reported by More Radio, Wealden District Council had raised concerns earlier this year about its location in a residential area of Willingdon.

It belongs to Pete the Pond (Peter Birchall), a popular Youtube star and local gardener.

In March, Wealden District Council requested him to remove much of what is on his land in a quiet suburban close of modern houses, also expressing concerns that a commercial enterprise might be behind some of what is there.

"Pete’s aquatic nursery contains 180 native and rare plant species which he has grown himself throughout his life and are used for educational and research purposes.

"He also uses the area to grow plants to be put back into other ponds to create biodiversity for the native fauna and flora.

"The ponds in Pete’s garden also contain Great crested newts, which are a protected species."

On Friday (23 April), Wealden District Council and The Environmental and Planning Department said his garden can be kept completely as it is.

The organiser of his GoFundMe page said:

"He can now go back to his normal life which is helping wildlife, restoring biodiversity and creating ponds, habitat and wildlife havens!

"So thank you so much everyone, I'm sure even the sheer presence of this gofundme and the fact we had funds raised made an impact on WDC's final decision.

"As mentioned in the fundraiser, any funds that remained / weren't used will be donated to wildlife / conservation charities of Pete and Kerrie's choice.

"We have a few in mind already, each are one’s that do amazing work for local wildlife, conservation and the environment; once the charities have been chosen, I will post an update here!

"In regards to those who donated the large sums, I can understand if this is something you may not be happy about.

"Donating a large sum to a charity and towards an individual to help with legal fees are of course very different. So I am going to set up a separate email account if those (who donated mid range to big sums) want their donation back.

"Please email me your your full name and the sum you wish to be refunded with the subject line ‘refund’ and it will be sent out when I believe that everyone who wishes for a refund has been in touch as it will be a singular process. [email redacted]

"And thanks again everyone for all of your donations, shares and kind words; it all really made a difference in this battle with WDC.

We won the campaign! All of the demands have been met and Wealden Council and The Planning department are going to leave Pete alone.

Retract their demands for Pete to destroy his life's work, including his 180 native plants which are

Why is this important?

wildlife arches, bird and bug houses. Pete has been told the removal of all of the contents of his

garden and restoring it to it’s originality would cost him £10,000!

other ponds to create biodiversity for the native fauna and flora(2).

in Pete's garden*; this is important because GCN's are a European protected species, where “The animals

and their eggs, breeding sites and resting places are protected by law”(3)

Pete’s daughter, Kerrie, has described Pete’s work of building ponds and creating natural habitats as his

“full time job and passion”(4) and Pete himself has described it as his "complete life", "sanctuary" and

“lifetime hobby"(5).It’s not a 'commercial enterprise' as WDC are demanding it is, a definition that seems

to be the raging bull behind their decision.

This direct quote from Pete is exactly why Wealden Council must be forced to retract their demands of Pete:

"There are so many species of birds and insects in my garden, so many to list, but I have many varieties of

popular in season oh and of course my fox who has been a resident in my garden for 2 years"(6).

Wealden Council also want Pete to remove the aforementioned Fox, calling it 'vermin'(7), which is factually

and legally incorrect, see quote below:

“As for the fox, I understand someone mentioned they are ‘vermin’. I can state, categorically, that foxes are

not and have never been officially categorised as ‘vermin’ in law. For that reason, local authorities have neither

species of insects and birds. Frankly, if you choose to allow a fox to reside on your own private premises,

As most of Britain’s ponds have disappeared, they are now classed as an endangered habitat and 50 years ago,

there were twice as many ponds as there are today(9). If WDC's demands go through, this can and will only have

a negative impact; resulting in the direct and indirect loss of important biodiversity, habitats and rare plant and

wildlife species, only adding to our current biodiversity crisis.

WDC must see that issues concerning the environment are hugely important to all of our lives and us.

What Pete, his family and all the volunteers do for the community, planet and wildlife is of the purest intention

of the heart and wouldn't be possible without his garden.

* I am awaiting further confirmation and evidence on this due to the monumental importance of this point, along

with the potentially huge change in trajectory if shown as fact. I want it to be officially stated as true or false as

I do not wish to sway the case in my favour, waste people's time or garner signatures based on a claim that

cannot be proven officially; will keep everyone posted ASAP.

Thanks for all the support, shares, messages and words of advice so far